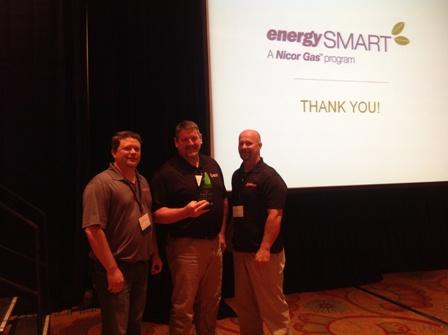 Assured Insulation Solutions, LLC., is proud to participate in the Nicor Gas Energy Efficiency Program which is now energySMART, a Nicor Gas Program. Our company was just recognized by the program as the Contractor Who Completed the Most Projects for Air Sealing and Insulation Services. We are very pleased to have been recognized of achieving this award of excellence in energy efficiency.

In accordance with this program, our company Energy Advisors are certified BPI Analysts & Envelope Specialists and have Environmental Protection Agency (EPA) Lead-Safe Certification.

Want a free assessment of your home?